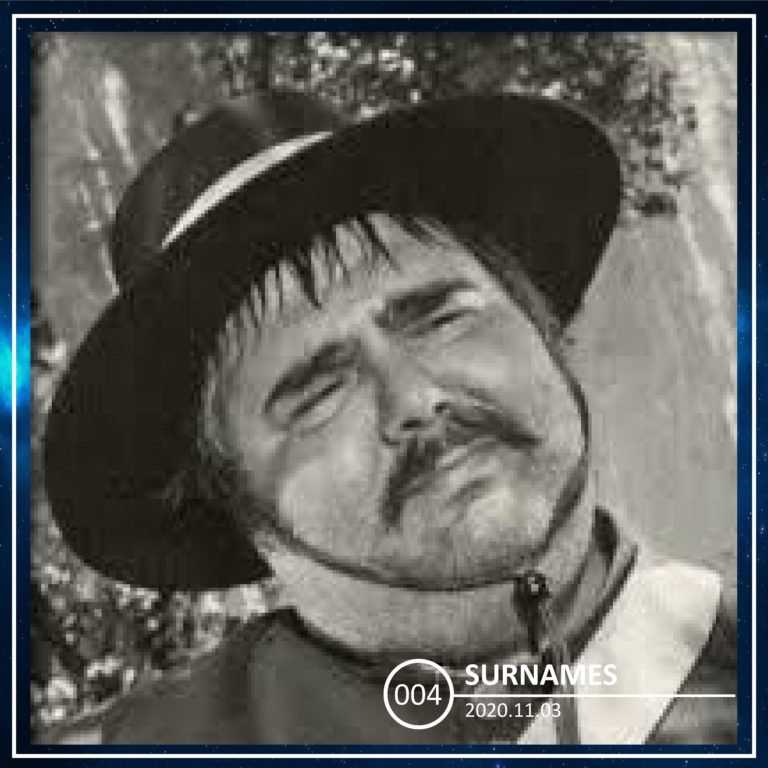 Despite their frequent presence in all kinds of media, many people still don’t seem to understand how surnames (last names) “work” in Spanish.

The concept itself is easy: a child is born and given a first name, perhaps (but not always) a second or “middle” name, and TWO last names: the father’s first and then the mother’s.

My own surnames, Nielsen and Palacios, express the fact that my father was Danish (Nielsen) and my mother Venezuelan (Palacios). Back home, and in other Hispanic countries, it would be enough to say I am Christian Nielsen on a daily basis, and save “Christian Ricardo Nielsen Palacios” for legal documents, etc. One bonus I like about our custom is that all my Venezuelan cousins are either Palacios _____, or _____ Palacios, depending on whether they are the children of my mother’s brothers or sister. It makes it easier to determine who your friends and acquaintances may be related to.

When I came to the US, in order to avoid being called “Mr. Palacios” (my grandfather), I decided, like many others, to hyphenate the two: Nielsen-Palacios.

Sometimes, even famous people are called by the wrong surnames. For example, Zorro’s reluctant foe, Sergeant García (played by American actor Henry Calvin), should more properly be Sergeant López, as his full name is Demetrio López García. García would have been his mother’s (and maternal grandfather’s) name.

I once heard, to my surprise and disappointment, an NPR person refer to the 1982 Nobel Prize-winning Colombian writer as “Mr. Márquez.” He was the son of Gabriel García and Luisa Márquez, thus Gabriel García, if you want to use only one of his surnames.

Perhaps with the emergence of Latinos in the US (the daughter of Sergio Ocasio and Blanca Cortez, for example), people will start to understand how it “works.”

← No millimeters in architectureArchitect memories →