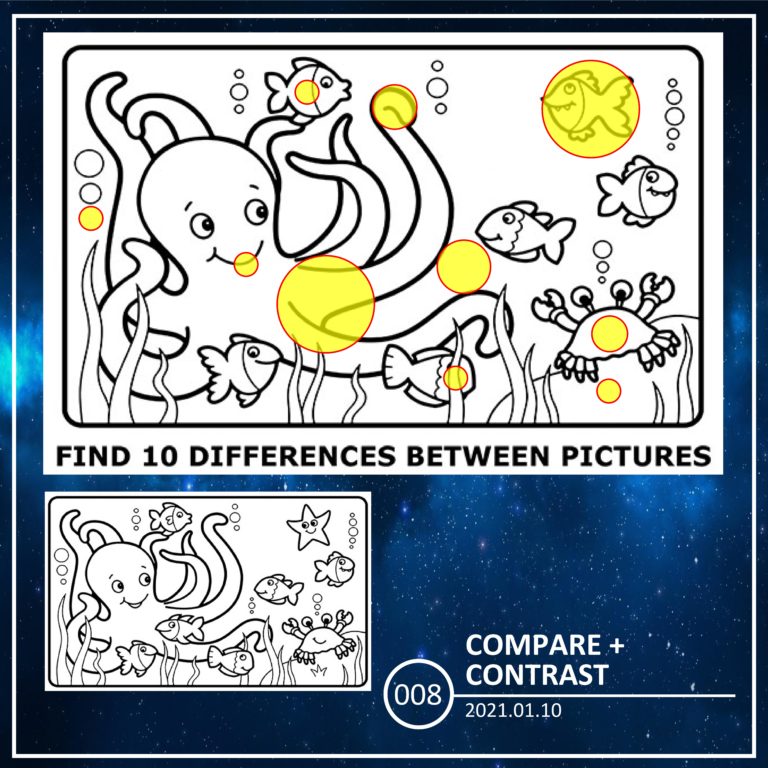 Remember when you were a kid and you received a magazine, or a section of the Sunday newspaper, that had one of those puzzles where you were to find several differences between two apparently identical pictures?

I enjoyed doing those, and still do.

As an adult, in my late twenties, I studied architectural history at Cornell University. In those days, most lectures required the use of a projectionist to stand on a platform at the back of the classroom and operate a set of two slide projectors, to insert and remove slides according to a preestablished plan by the professor.

Perhaps because of that system, most exams in the program included at least one “compare and contrast” question, where we were to analyze two buildings in terms of their similarities and differences. I discovered that as a good study method.

Later, as a project manager in several architectural firms, I had the responsibility of coordinating the drawings and specifications developed by multiple talented colleagues. Probably because of the “too many cooks” issue, it was, and is, common to see discrepancies between drawings. What one specific person or drawing says may not match exactly what is on another drawing. It doesn’t necessarily mean that one option is better than the other, just that they cannot both be correct in the same set of documents.  If a drawing says, “remove existing beam”, and several sheets later, details say “protect existing beam to remain”, only one of those otherwise valid options can be correct.

That Quality Control work is what I have been doing the last several years, both as an architect and as a proofreader of translations. Who would have thought that the training I received in my childhood would have been so critical to my professional development?